When the Truth Comes Out

In the national conversation around abortion, like so many other topics, there is no conversation. Well, not really. There is shouting and anger and misinformation…but no real conversation. This should be disturbing no matter the topic.

I am a firm believer in the idea that the truth should be presented by everyone and then people can sort it against their own conscious and belief system. Abortion providers, for the most part, aren’t into this kind of thinking. The lack of information they provide patrons should bother you…it does me. One would think that if a group or organization truly believed in the marketing and press campaigns they release, they’d want the truth out as well.

Again, and sadly, not the case.

And that brings us to pro-life journalist David Daleiden. There is a ton of information on the web about him and his cases so I’ll be brief here. David’s plan was to expose the illegal trafficking of human body parts at Planned Parenthood. To put it another way, the biggest abortion provider in the nation was selling the parts of aborted babies. To do that he secretly video recorded conversations with clinic workers, doctors and at abortion conferences and events.

He released the videos and the truth came out.

Then the AG for California ordered an investigation with the California Department of Justice. The AG at the time was Kamala Harris, by the way. Anyway, they raided his house, and took his laptop, phone and a few hard drives. Daleiden now faces several felony charges.

But what did he really do?

He did what shows like 60 Minutes and Dateline have done for decades.

We’ll see over the next few months how everything plays out. My goal here wasn’t to go over this man’s career, goals or case in detail. I wanted to share a bit about it for context to the broader topic. And that is honesty in the conversation around abortion.

Let’s say a young couple walks into an abortion clinic. They’re young, pregnant and confused; and maybe a little scared. They are placed with a “counselor” who is supposedly there to help answer questions. But what they really sit down with is more of a salesperson or at least a scheduler. And this is where all the information should come out. Information about the life-cycle of child development, what happens to the baby at different points during pregnancy, the unique DNA that is present at the moment of conception and show the mom and dad an ultrasound…and if it’s past six weeks, let them hear the heartbeat.

And they should be shown options other than abortion.

This is the help available if you decide to have the baby, here are parenting resources, places to get financial or housing assistance, here’s some job training options too. Oh, and if you just can’t raise the child, here is what adoption looks like and how that might work. In short, here are options.

Now you may ask, what kind of place would go through all that. The answer is any number of pregnancy centers that don’t sell abortions. In the last year I have literally met thousands of people from pregnancy centers around the country that provide the above resources and more. They exist and are able to do their work via donations for the most part.

As a group, this network of centers provides services for pregnant moms and dads and they do it for free. That’s what help looks like in a time of crisis. That’s what love and compassion look like. That’s what hope looks like. And it comes from sharing the truth, not hiding it and then launching a legal campaign and national media campaign to silence it when it comes out. 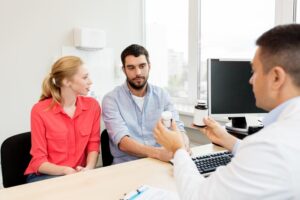